Brief History of Aje Olokun (The Goddess of Wealth)

AJE is known to be the daughter of Olokun. Nevertheless, Olokun himself respects AJE, that is why it is sometimes being referred to as AJE Olokun (Goddess of wealth). In fact, some are of the belief that it is essential to praise AJE before anyone can get favour from Olokun. This is due to the fact that AJE is the only daughter of Olokun and Olokun loves her dearly.


AJE can be found in waters. This was the source of spending cowries before the advent of present currencies. All Aje Olokun takes are; banana, beans, ekuru, oyin (honey) and so on.

Benefit Of Aje Olokun, The Goddess of Wealth?

The major benefit for Aje Olokun is the provision of wealth for her worshipers. This wealth provision is done in a very unique and natural way. Goddess of wealth blesses her worshipers beyond their mates and colleague in whatever they do.

In order for anyone to be blessed by the goddess of wealth, it must not be by just worshiping her. There must be something a worshiper must be doing that AJE Olokun is expected to bless for sufficiency. This simply means, AJE only help those who help themselves.

Female Genders and Goddess of Wealth

Another fact about the goddess of wealth is how the female gender are more beneficiary to having the spirit of Aje (wealth). This spirit in its real sense has no damage to the lady herself, neither to the beneficiary. In fact, such female may ordinarily not know that there is the existence of any spirit in her and this is why we have most of them distributing their glory from one man to another. As each man sleeps with such lady, a tap of her glory must go with it.


It should be noted, taking good care of anyone of such spirit is equivalent to worshiping AJE herself. The more one takes care of any female with such gift, the more he or she is blessed in his/her endeavours. It was emphasized that we also have some men with such spirits, but they are not as common compared to the number of females, as it was initially stated that AJE herself is a female. 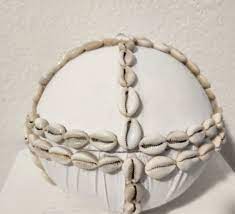 This verse is to explain how man should react to wealth, and how to take care of the goddess and lastly, its benefits. The verse is an illustration of the experience of Orunmila when he went searching for the goddess of wealth at Oja Ejigbo mon’kun.

On getting home, Orunmila offered her banana and other special foods she likes. The goddess of wealth was so pleased and she became the great source of wealth that Orunmila has till now.